Money from parking is used to maintain the park and protect its wildlife.You can now buy parking online through MiPermit.

Nature lovers, walkers and families will love the tranquil woodlands of Thorndon North which surround the beautiful Childerditch pond and attract many migrant and over-wintering birds such as bramblings, siskins and redpolls. In spring, the woods fill with the scent and colour of bluebells and anemones.

The open parkland at Thorndon South is perfect for families and groups of friends to spread out and enjoy a picnic. Drink in views across countryside as far as Canary Wharf or fly a kite on one of its many hills and run free.

Thorndon Country Park was once part of the estate owned by the Lords Petre. Originally emparked in 1414 around the old Thorndon Hall, it has a rich landscape history.

This centuries-old park includes diverse and ancient habitats, and is home to some important veteran trees, woods and pasture.

Thorndon Hall is situated in Ingrave, about 2 miles south of Brentwood. The present building is a grand neo-classical mansion in the Palladian style, completed in 1770. It was designed by the eminent architect James Paine, with interiors by Samuel Wyatt. The gardens were later landscaped by Lancelot ‘Capability’ Brown.

This was not, however, the first grand house to grace the estate. Lewis John, a Welsh merchant who had moved to London, acquired the manor in the early 1400s and in 1414 Henry V granted him a licence to augment his existing house with crenellations, and to build a wall enclosing 300 acres of land and wood.

This house was later extended, before the property was sold to Sir John Petre in 1573. Sir John’s father, Sir William Petre, had held high office under Henry VIII, Edward VI, Mary Tudor and Elizabeth I. He had established the family at Ingatestone Hall, which he had left to his wife after his death. Sir John, therefore, was looking for a property of his own.

Over the next 20 years, Sir John made extensive alterations and additions to Thorndon Hall, turning it into a classic Elizabethan red-brick mansion. This is the house we see on a map of 1598 made by the skilled cartographer John Walker, with the 270-foot long mansion, detached L-shaped bakehouse and clocktower, stable block, pleasure gardens, orchard and gatehouse.

Just over a 100 years later, the 8th Baron Petre, Robert, made grand plans to redesign the hall with the help of Venetian architect Giacomo Leoni. The extensive plans included re-facing the hall in a symmetrical, neo-classical style, covering over the Elizabethan exterior.

Petre was also a keen botanist and in 1733 he engaged Sieur Bourginioni to draw up plans to re-landscape the estate, including designing a water garden. He also imported many foreign plants and built hot houses, successfully cultivating exotic species such as pineapples and bananas.

Robert Petre died suddenly, aged just 29, before his plans were completed. His son and heir was just a few months old and all further work was put on hold until he reached maturity. As an adult, the 9th Baron decided to build a brand new house, a mile away from the old hall. This is the Palladian mansion which we see today.

The new house cost more than £250,000 and took six years to build. Between 1766 and 1772, Capability Brown was employed to reshape the formal gardens into a more ‘natural’ looking landscape.

The main house and west wing were gutted by fire in 1878 and family finances did not permit a wholesale renovation. Eventually the property was sold. Today the house has been converted into apartments and the grounds contain golf courses. Much of the park is managed by Essex County Council as Thorndon Country Park.

Discover the magic of the Deep Dark Wood with this self-led trail. Search for the beautiful hand-crafted carvings of much-loved characters from Julia Donaldson’s bestselling picture book, The Gruffalo. The trail takes you through beautiful woodland landscapes at Thorndon North, providing the opportunity for children to run, play, kick through the leaves and let imaginations run free. It provides some excellent photo opportunities.

This trail also aims to help children to learn more about their native woodland and see it as a welcoming place.

Get a map at the Countryside Centre at Thorndon North (open 9am) for 70p, keep dogs on a lead and wear wellies!

There is no need to book to do the Gruffalo trail as it is a self-guided walk. It takes about 45 minutes.

You could join Thorndon Park Walking and Jogging Club or Havering Nordic Walkers.

The pebbles at Thorndon Country Park’s old gravel pit have had a long and eventful history, providing evidence of massive global climate changes. Pick up a leaflet in the Countryside Centre located at Thorndon North.

Get a map of all the courses for £2.50 from the Countryside Centre located at Thorndon North.

Dogs are welcome at Thorndon but must be kept under control: either on a lead or by command.

Try our dog activity course which runs around the picnic field at Thorndon South. We have grazing animals on-site so be aware of signs asking you to keep dogs on a lead in these areas.

Please keep dogs on a lead around the Gruffalo Trail route. We expect all walkers to pick up their dog’s waste; bins are provided for this.

Horse riding routes run through the park and are marked on the Thorndon Country Park map. Bring your own horse.

You can fish at the Old Hall Pond in Thorndon South. Get a day ticket from the Rangers that patrol the lakes, from 8am until 30 minutes before park closing, all year round.

Day tickets are £6 per rod or £3 concession - proof of eligibility required. You must have an Environment Agency rod licence and no more than two rods. Fishing rules are on the noticeboard by the lake.

Annual season tickets are available by appointment from the Ranger’s office. Please call 01277 211250.

Thorndon is a great place for wildlife watching. Mill Wood and Childerditch Field are best for wildflowers; the forest is good for overwintering birds. There is a bird hide overlooking Childerditch Pond. You can see amazing veteran trees in the old deer parks.

Volunteering at Thorndon Country Park is a unique experience – you’ll gain skills in nature conservation and feel involved in improving the park for visitors and wildlife. There are many tasks volunteers can get involved in, such as clearing invasive species, construction and restoring ponds. Contact Friends of Thorndon to join the team and find out more.

At Thorndon North the toilets are located in a separate building behind the Countryside Centre, close to the car park.

At Thorndon South, the toilets can be found in the Octagon Pavilion along with the café.

Information on access to Thorndon North, Thorndon South and the Visitor Centre can be found on AccessAble,formerly Disabled Go.

Open 9am until 5pm (summer) or 4pm (winter), the Countryside Centre is jointly owned and managed by Essex Wildlife Trust.

The new Forest Café offers a range of tasty food and beverages to visitors of the park, giving them the chance to relax and refuel.

Family and dog-friendly, the café is open seven days a week serving up a delicious range of sandwiches, bagels, pies, sweet treats along with hot and cold drinks. Vegetarian, vegan and gluten-free options are available. All food can be eaten in or taken out.

Where to find us 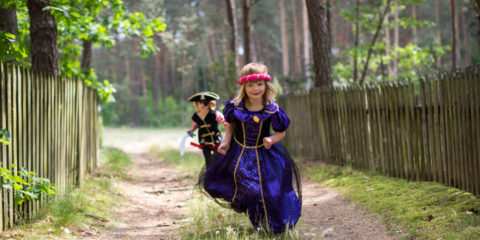 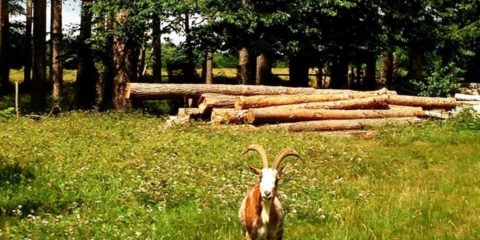 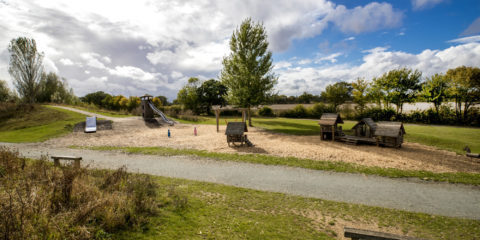 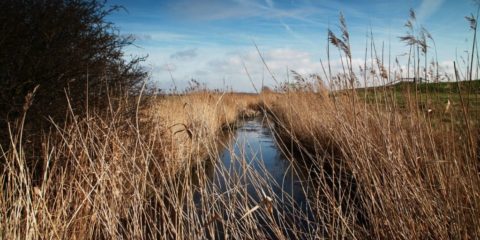 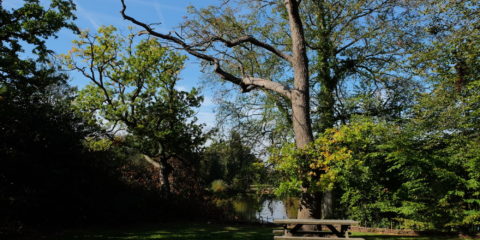